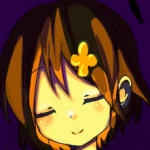 Hi, welcome to Suda51 Wiki! Thanks for your edit to the Ryuji page.

Hey welcome to the website. I've been away for awhile because of life stuff but it's good to see some activity here. We do have one problem though in regards to The Silver Case. You disagreed with the title The Silver, but the Silver Case wording is actually a misnomer that has never been used to describe the game officially. I know a lot of websites use it but the official translation of the game's full title Shirubā Jiken is Silver Incident, seen in tiny letters on the game's front cover and in the object names for a few T-shirts in No More Heroes. Suda doesn't speak much English so The Silver Case may just be a quick translation without respect to the official materials. I disagree with changing the article name however. I'm not naive though and I do understand that it's an unusual English name considering the cover also uses Shirubā Jiken and "the silver incident." They could have easily put two and two together and stuck "Incident" after "The Silver." It wasn't a simple cover art mistake though. I own this game and I can say that they actually use The Silver seven times between the cover, disc and manual blurbs. These are shown in the photo I included. Again it's an unusual title but it was Grasshopper's first game. GrislyGrizzly (talk) 15:37, January 23, 2016 (UTC)

Interesting. I don't think it was always written that way on the website because I've perused it a few times over the years. Oversights happen though! It just seemed for the longest time that the "silver incident" blurbs on the cover art and the Silver Incident NMH T-shirts were corroborative of what the officially given translation of Shirubā Jiken was meant to be known as. I'll leave it I guess. It's hard though because playing devil's advocate, the liner notes of the game itself included above would lead anyone to assume the title was The Silver plain and simple. This game's title is just so muddied. The jewel case's spine only gives the title as Shirubā Jiken in kanji form. Shirubā Jiken, The Silver, The Silver Incident, The Silver Case. It never ends. Personally I have an issue with retroactively renaming a game based on the website, but I'll admit that it's an official source for a title that is otherwise truncated on the game's packaging. Again I'll leave it though. I'm just talking for the sake of it. GrislyGrizzly (talk) 00:58, January 24, 2016 (UTC)
By the way do you have that art book? I have a bunch of English and Japanese GHM stuff but I haven't seen much from the inside of that. I've been meaning to scan Silver Whatever, the PS2 FSR and other foreign releases for a couple of years. I just feel like I haven't had the time. I'm a little torn between keeping the sealed ones sealed or opening them for high-quality scans for the sake of the website. It's a toss-up. GrislyGrizzly (talk) 01:27, January 24, 2016 (UTC)

Hi there! I took those images from the old japanese official site, which is now only accesible by internet archive: http://web.archive.org/web/20150710072836/http://www.capcom.co.jp/killer7/main/menu.html

I'm afraid there are not higher resolution copies of the images anywhere in the internet. Even knowing they were smaller I thought they would be more aproppiate for the wiki.RobertCath (talk) 14:29, March 23, 2016 (UTC)

Retrieved from "https://suda51.fandom.com/wiki/User_talk:1337doom?oldid=22838"
Community content is available under CC-BY-SA unless otherwise noted.