Following the events of Flowers, Sun, and Rain Tokio wakes up in The 25th Ward with amnesia. He is tasked with finding "The Godess" in order to get it back and is helped by Slash to accomplish this. As the game goes on, it is revealed that he has lost his memories of the past two games due to his time in the IMM hospital. He learns that he had important information that he had to forget in order to keep himself safe. He also learns about the Melu sisters, who are both human and AI beings that are popular online, but also have connections to the Shelter and the 25th ward. After learning that he had a man made silver eye, and that Meru, a human girl hooked up to a machine, was actually an Ayame that held his memories, he asked for them back in order to finish his duty as a tape. He then goes to the 25th ward information center and hooks up the system to his eye, granting him the knowledge of all that occured in the 25th ward. He gave that information to red and set him free. After the 25th ward was destroyed, he was hunter by his former employer for giving away the information, and appeared to have killed himself

In the Yuki chapter it is revealed that he was not actually dead, but a wandering man who ran into Yuki when she encountered the undead woman at the train station. Though he no longer had a silver eye, he could still sense the presence of the restless dead and helps Yuki realize her powers as a person who has true silver eyes. He also reveals in the chapter that slash was actually a personality he adopted after slash had died. 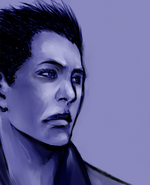 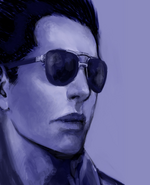 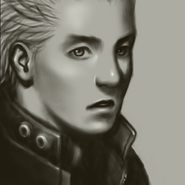 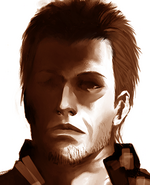 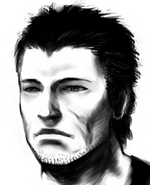 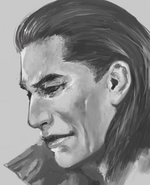 YUKI
Add a photo to this gallery
Retrieved from "https://suda51.fandom.com/wiki/Tokio_Morishima?oldid=27630"
Community content is available under CC-BY-SA unless otherwise noted.