Sumio Kodai (コダイ スミオ, Kodai Sumio) is a character in The Silver Case and The 25th Ward: The Silver Case. He is a detective working for the Heinous Crimes Unit.

When he was a child, Sumio and his friends Fuyuki, Hiseki and Riru Yukimura lived in Mikumo 77. The river near Mikumo 77 was gradually polluted by chemicals as a result of the activities of the Yukimura Group. The people of Mikumo 77 protested against Yukimura's interference, but as the chemicals began to affect their mental states, they became more paranoid and erratic and their demonstrations grew increasingly violent. During the Parade riots, Riru, abandoned by her parents as a "sacrifice", is targeted by townspeople who believe she is a witch. She is taken from her home, raped, and killed by the crowd of rioters. For their efforts to rescue Riru, Sumio and his friends are attacked and disabled; Sumio's ears were stabbed out, rupturing his eardrums and leaving him deaf. In response to the injustice, Sumio and his friends form the Mikumo Boys, vowing revenge on the Yukimura Group whose actions had caused the riots.

As a young man, Sumio Kodai trained at the Central Police Department, keeping his deafness a secret in order to conceal his true motivations and identity. He faked all of his physical tests, and bribed an examiner to pass him for the hearing tests, became an expert in lipreading, and made use of accessibility technology invented by Hiseki (i.e. phones that translated incoming messages into Braille). He was then assigned to the 2nd Division of the Heinous Crimes Unit. His first investigation was "Power Girl" in 1994. During his time at the HC Unit, he formed a close friendship with his partner Tetsugoro Kusabi.

In 1999, twenty years after the Riru's murder, the Mikumo Boys put their plan into motion through the events of #3: Parade. Hiseki plants a bomb that detonates in Yukimura Manor while Kusabi, Akira, and Sumio are staking out the mansion. The Mikumo Boys, under Sumio's guidance, capture and hold President Yukimura hostage. Ransom notes and videos are delivered to Central demanding a 6 billion yen diamond in exchange for Yukimura's life. Meanwhile, Sumio continues to secretly visit a captive Yukimura to ensure that he will remain complicit with their plans.

After Hiseki commits suicide to cover the Mikumo Boys' tracks, Sumio joins the team directing Akira to the garbage incinerator plant where Central exchanges the diamond for Yukimura. Fuyuki jumps into the smokestack with the diamond once it is delivered, killing himself and destroying the diamond (which had been paid for with Yukimura assets). After his rescue and recovery, Yukimura returns to work: following Sumio's orders, he calls an emergency meeting with the 11 board members of his company and detonates a bomb that both destroys the Snow Building and kills only its board and President. The Yukimura Group is no more, and the Mikumo Boys’ vengeance is complete.

When Kusabi finds documents revealing Sumio as the ringleader of the Mikumo Boys, he rushes out to arrest him, but not before Sumio is able to drop a bomb on the abandoned site of Mikumo 77 by helicopter. With the Mikumo Boys' plan having come to fruition and Riru's soul finally at rest, Kusabi takes Sumio into police custody. Shortly after, Sumio is discharged from the HC Unit, resulting in the dissolving of the 2nd Division. Despite this, Kusabi remains close friends with Sumio and frequently visits him in jail, seen in the events of Case #4: Kamuidrome. Sakura Natsume also visits Sumio in jail three times, once to interview him and twice to seek his advice in a serial murder case, as seen in the events of the light novel, Case #4.5 "Face".

At some point after the events of The Silver Case, Sumio became Sumio Mondo. The circumstances of how this works are not quite clear; for example, Mondo's status as one of the Eleven Children contradicts Kodai's earlier history, and it is unknown if/when the other Mondos were cloned or even if Kodai is the original Mondo or if it is a psychogenic fugue caused by his time in prison.

It is also mentioned on the website's timeline that after this, Sumio is involved in future cases, although it does not specify his last name. As of The 25th Ward: The Silver Case, Sumio has seemingly returned to the Kodai identity, but the "dream" of his Mondo identity still haunts him and affects his behavior. Even dressing up similarly to his Mondo personality. 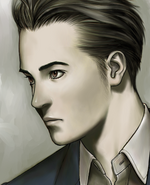 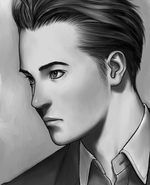 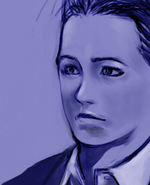 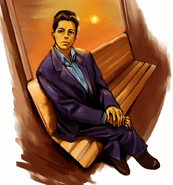 As seen by Tokio

As a child
Add a photo to this gallery 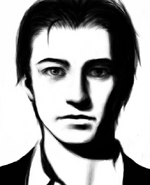 Retrieved from "https://suda51.fandom.com/wiki/Sumio_Kodai?oldid=28380"
Community content is available under CC-BY-SA unless otherwise noted.