Silver Jiken is an adventure video game for the Sony PlayStation. It was directed by Goichi Suda, developed by Grasshopper Manufacture and published by ASCII Entertainment exclusively in Japan on October 7, 1999. The game was reissued through PlayStation Network on December 10, 2008 for the price of ¥473, and earlier in 2000 as part of the ASCII Casual Collection of bestsellers. A later version of the game was completely rebuilt for Microsoft Windows, Mac OS, Linux and PlayStation 4 in other languages.

Silver Jiken is divided into two chapters, "Transmitter" and "Placebo." The former was written by Goichi Suda, and involves the affairs of 24 Precinct police detectives in apprehending serial killer Kamui Uehara, who escaped his 20-year detention and has resumed his killing spree. The latter chapter was written by Masahi Ooka and Kato Sako, and revolves around a freelance writer investigating the case.

The plot of Silver Jiken is driven mainly by a collage of art panels. These panels are used to illustrate elements such as which characters are present and how the story develops. Dialogue is told through traditional text boxes, and as there is often more than one character's image displayed onscreen, a luminous grid traces the speaker's portrait in particular. While most of the game's story is conveyed through this visual novel style of presentation, there are also instances where the player is given control of the playable character and are able to move freely, albeit on something of a grid, across three-dimensional venues.

As Silver Jiken is primarily text-based, players spend a great deal of time reading and observing art panels to learn how the story develops, although three-dimensional cinematics, live-action video clips and two-dimensional anime clips are occasionally used to add depth to the plot. The game is divided into two parallel storylines: "Transmitter", where the chapters are called "cases", and "Placebo", where the chapters are called "reports". When the player is given control, they rely on a menu to toggle movement, review their items (known as "implements"), interact with "Contact Points" or save their progress. Contact Points represent any interactive element in the game field, such as characters to talk to, implements to pick up, or numeric puzzles to solve. Placebo confines all interactive segments to within its protagonist's room or car, but has the addition of an interactive e-mail reading interface on said protagonist's computer.

Silver Jiken follows the events surrounding the apparent resurrection of serial killer Kamui Uehara in a special Kanto ward known as Ward 24. Ward 24 is a densely populated municipality patrolled by the law enforcement agency, the Administrative Inspection Office. Kamui Uehara was an infamous killer from its past who was arrested in an incident known as the Silver Case, which has since become shrouded in myth. At the beginning of Silver Jiken, various signs appear that Kamui will soon return, and the events of the game show how this affects the culture of the people living within the Ward.

The exact English title of the game has long been disputed. While the cover art contains the title シルバー事件 (Shirubā Jiken), beneath the stylized kanji is the plain English title The Silver. Four prints of the game's soundtrack released as late as 2007 also contained The Silver in their titles. Complicating things for the official title however, the game's opening video utters the phrase "The Silver Case," a name which also appears in the track titles and notes within each of the four soundtracks that at first glance supported the shorter title. Another English name is offered in Grasshopper's later release No More Heroes, which has clothing with the title "Silver Incident," a variation of "Silver Case." The localization team for No More Heroes was likely not aware Grasshopper had already defined their intended translation for Shirubā Jiken.

Despite its shortcomings, which director Goichi Suda has admittedly attributed to poor funding, Silver Jiken has enjoyed some lasting appeal on Grasshopper Manufacture's approach to video games. The look of the Film Window engine Grasshopper developed specifically for Silver Jiken to combat their lack of resources at the time was simulated somewhat in the game’s pseudo-sequel, Flower, Sun, and Rain two years later, and again in 2005 with killer7; many subsequent Grasshopper games from this era included creative UI similar to Film Window. While the next project Grasshopper would design, Flower, Sun, and Rain, gave the player complete freedom of movement, killer7 marked a return to the rail paths the player was confined to following, as seen in The Silver Case.

A lot of imagery from The Silver Case has also made its way into Grasshopper's later titles. Batting cages were revisited in the form of Bad Girl's haven in No More Heroes, a satellite in orbit was recycled as the weapon of Captain Vladimir in No More Heroes 2: Desperate Struggle, and scan lines obstructing character portraits makes a reprisal in Flower, Sun, and Rain. This game also began a trend of including shopping centers in Grasshopper's work, particularly Flower, Sun, and Rain and Desperate Struggle. Backdrops of the Moon have since appeared in Flower, Sun, and Rain, killer7, Desperate Struggle, and Killer Is Dead, although the first Suda-related project to significantly sport the Moon was actually Human Entertainment's Twilight Syndrome: Investigation three years prior. Flower, Sun, and Rain, killer7 and Desperate Struggle also include cinematics featuring cups of coffee, as does Silver Jiken. Additionally, the game includes the first Grasshopper reference to Camellia, in the form of Camellia Street. This name was later given to a Heaven Smile species in killer7 and a brand of beam katana in the No More Heroes series (although in the first installment, the name used is "Tsubaki," the Japanese word for "Camellia").

killer7 in particular parallels Silver Jiken heavily in story and structure; both share a backstory centering around a teenage serial killer, a late-game expedition into a conspiratorial education center where said killer was raised, and many other elements besides, both overt and subtle. 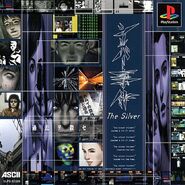 Retrieved from "https://suda51.fandom.com/wiki/Shirub%C4%81_Jiken?oldid=25122"
Community content is available under CC-BY-SA unless otherwise noted.