Shining Soul is an action role-playing video game for Game Boy Advance. It was initially released on March 28, 2002. The game was directed by Akira Ueda, developed by Nextech and Grasshopper Manufacture and published in different regions by Sega, Infogrames and Atlus. The Entertainment Software Rating Board rated the game E for cartoon violence.

Shining Soul is notably the first video game developed by Grasshopper Manufacture released to English-speaking audiences, although neither they, nor Nextech, were credited for designing it. On their website, Grasshopper deliberately withholds the title of Shining Soul from their resume. While the game is vaguely listed in both Japanese and English, they only take credit for a Game Boy Advance title released on March 28, 2003, leaving both the game's name and its publisher undisclosed.[1] They do however take responsibility for Shining Soul II, and in a June 2006 interview with SUDA51, the Grasshopper CEO confirmed his team did in fact work on Shining Soul.[2] 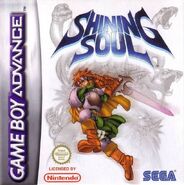 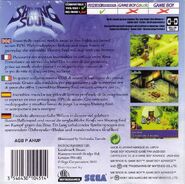 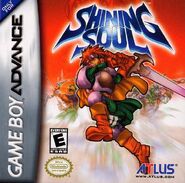 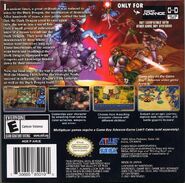