SAMURAI CHAMPLOO Rhythm Track CD is a promotional remix album featuring music from Samurai Champloo: Sidetracked. All five tracks were composed and remixed by Masafumi Takada. The album was given away as a pre-order bonus for Japanese editions of the game and was never given a widespread commercial release. A complete soundtrack featuring music from the game, SAMURAI CHAMPLOO ORIGINAL SOUND TRACK, was released in March 2006. 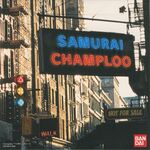 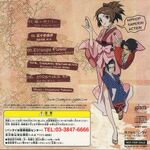 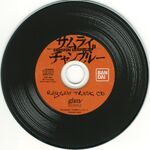 Disc
Add a photo to this gallery

Retrieved from "https://suda51.fandom.com/wiki/SAMURAI_CHAMPLOO_Rhythm_Track_CD?oldid=16464"
Community content is available under CC-BY-SA unless otherwise noted.