The virgin child makes her wish without feeling anything
(2008)

No More Heroes Sound Tracks: Dark Side is a remix soundtrack album for the 2007 video game No More Heroes. It was released on March 14, 2008 by Pioneer Records. It features nine remixes of compositions by music director Masafumi Takada, interpreted by several Japanese artists, including Masafumi himself, and Jun Fukuda. The Outer Rim Remix of "N.M.H." featured on the album was produced by Metal Gear Solid composer Norihiko Hibino, and was later featured on the band's self-titled debut album. Japanese electro band HONDALADY also contributed the golden brown mix of "We Are Finally Cowboys".

Tracks 1, 2, 3 and 6 are remixes of the game's main theme, "N.M.H.", while track 4 is a remix of "CHIPSTER DASH" and "LET'S FIGHT A BOSS", themes used in the in-game video game Pure White Giant Glastonbury. Track 5 is a remix of "Hustlin' 'n' Tusslin'", track 7 is a remix of "We Are Finally Cowboys", track 8 is a remix of "K-ENT.", "Rocket Surgeon" and "N.M.H.". Track 9 is a remix of "The virgin child makes her wish without feeling anything", which was originally written by No More Heroes director SUDA51. 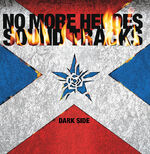 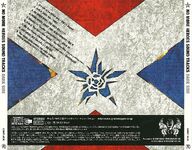 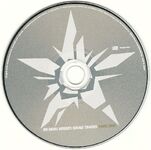 Obi
Add a photo to this gallery

Retrieved from "https://suda51.fandom.com/wiki/No_More_Heroes_Sound_Tracks:_Dark_Side?oldid=25503"
Community content is available under CC-BY-SA unless otherwise noted.